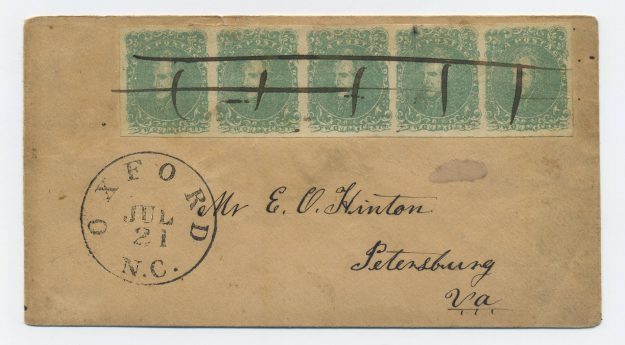 Oxford, NC, July 21, CA 1863. This horizontal strip of five of Confederate Scott number 3 was posted from Oxford in Granville County, NC on a previously used pre-war cover from Petersburg, VA. The two cent green stamp was issued in March of 1862 to pay the drop letter and circular rate. The stamps were printed by Howyer & Ludwig of Richmond, VA. This is an example of the stamps being used to pay the 10 cent letter rate which went into effect July 1, 1862. This cover is one of two such covers recorded from Oxford and 17 known from North Carolina.